Sausages are likely to feature various blends of spices and meat. The method of cooking depends on the type of meat used to make the sausages. These meat products can be taken for breakfast, lunch, or dinner, depending on an individual’s preference. Check out this post for a simple sausage recipe idea. 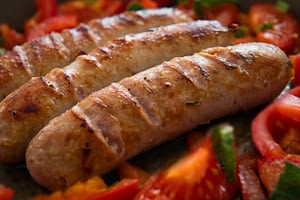 If you choose to fry your sausages, you can either cook them whole or take the ground meat out of the casing. If you want to fry the sausages whole, make small openings, heat some oil in the pan, and evenly fry the sausages. When both sides turn golden brown, the meat should be ready. Generally, this process should take less than ten minutes.…